You are here: Home | Pumpkin seed

Pepita is a Spanish culinary term for the pumpkin seed, the edible seed of a pumpkin or other cultivar of squash. The seeds are typically rather flat and asymmetrically oval, and light green in color inside a white hull. 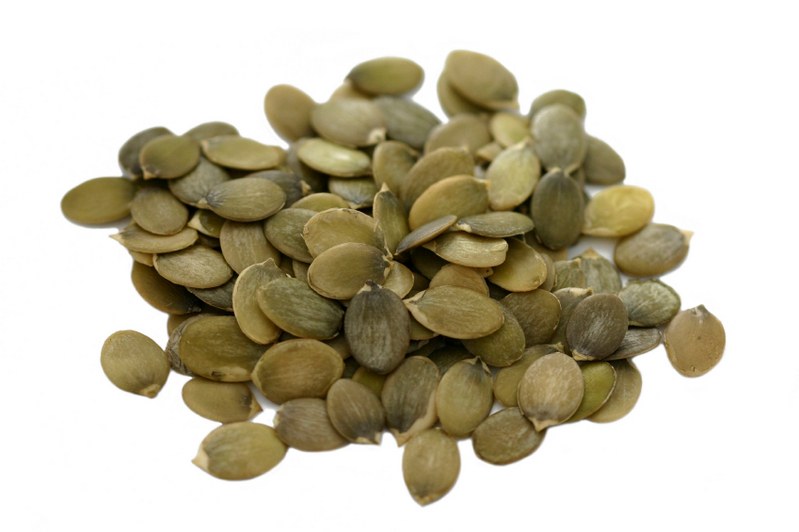 A pumpkin is a gourd-like squash of the genus Cucurbita and the family Cucurbitaceae (which predictably also includes gourds). Pumpkins are ready to harvest when they redden and the seeds inside the shell break readily from the pulp. After collection, the fruits are cut in half and the seeds scooped out. The seeds are removed from the flesh by rubbing over a sieve, and later separated by air from the remaining light matter. Seeds may be washed if necessary and dried in trays to safe moisture content of 6 to 8%. If the seeds are embedded in the pulp, chemical or mechanical methods can be applied for extraction. Once totally free from pulp, the seeds are washed in water and dried to prescribed moisture level. Pumpkin seeds can be dried in the sun, in a dehydrator or in an oven.

Varieties of pumpkin seeds are distinguished by their shell or lack of, featuring self-explanatory names such as Snow White (also known as SW, white shell), Shine Skin (also known as SS, shiny shell), and Grown Without Shell (also known as GWS). 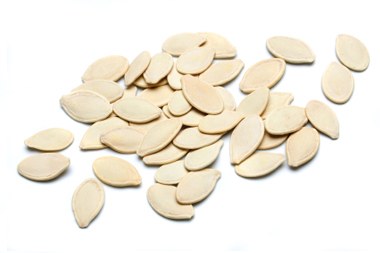 Pumpkin seeds bring a distinct flavour to any snack food. Their rich almost peanut like taste, also allows them to stand alone as a snack, with or without roasting and salting. Pumpkin seeds are also used for the production of pumpkin seed oil, a culinary speciality in Central European cuisine, used as a salad or cooking oil.